When Shadows Fall is a thrilling new kind of interactive experience that introduces gaming elements into a real world open environment, highly themed and filled with characters to meet and missions to complete.

In short: This production blends gaming and live entertainment in ways you’ve never seen before.

>We call it a first-person experience.
Because it’s all about you.

Now when you hear us describe our production as a “real life video game,” images of zombies, guns, locks, and keys might come to mind. But “game” is so much broader of a term than just ultra-violent shooters.

We aren’t arming you with guns. There is nothing to shoot at here. There is no room you have to “escape” either. There aren’t any controllers, headsets, or goggles needed to be bogged down by.

So what DO we mean when we say When Shadows Fall is like a real-life video game?

All you need is yourself and a willingness to participate, engage in the world around you, and make decisions that not only effect your game but also that of all other players. How’s that for power? 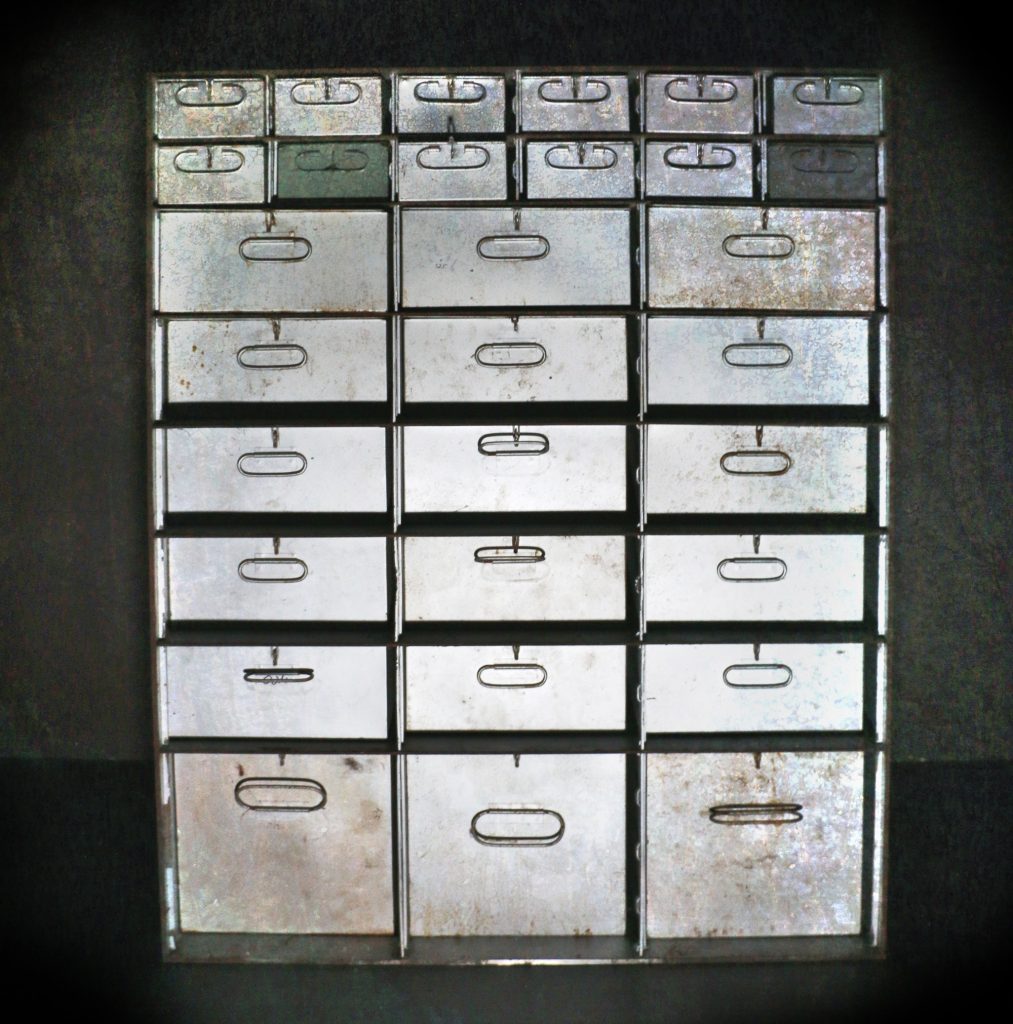 What is your first reaction when you see the metal safety deposit boxes pictured here?

If your answer is pull them all out, open them, and look at whatever is inside – you’re on the right track with how When Shadows Fall is played. The better response would be to ask why you should look inside the metal boxes and what you’ll gain from doing so.

Therein lies the key to being successful in our experience – having a clear intent for your actions, not just running around aimlessly at all times. We do have a story to tell and we tell it through a variety of ways, including via our props. But you have to know what you’re looking for.

Wherever you are physically located right now while reading this, stop and look around.

Now imagine your immediate surroundings are actually an elaborately themed set, ready for you to explore.

What would happen right now if you started touching every piece of paper, opening every drawer, and walking through every door you see? If you’re somewhere out in public, you’d probably get arrested – or at least yelled at. But we’re giving you permission to do just that.

We’re inviting you into our 15,000 square foot world that we’ve carefully crafted to make you feel like you are the most important person on the planet.

For more than 2 hours, When Shadows Fall puts you at the center of a dystopian thriller where you take on one of 14 unique roles and live an adventure straight out of a movie. You’ll sneak, spy, hack, discover, and (gasp!) perhaps even make a personal connection or two.

> Look carefully at the people around you.

(Try not to stare too obviously.)

Now, imagine half of everyone around you is actually an actor, awaiting your every move and playing off of whatever you say. Cool, right? Naturally, they have their own agendas, goals, desires, and secrets – but unlike in real life, the characters in When Shadows Fall are eager to bring you into their bubble, offering a window into an alternate reality for a while. 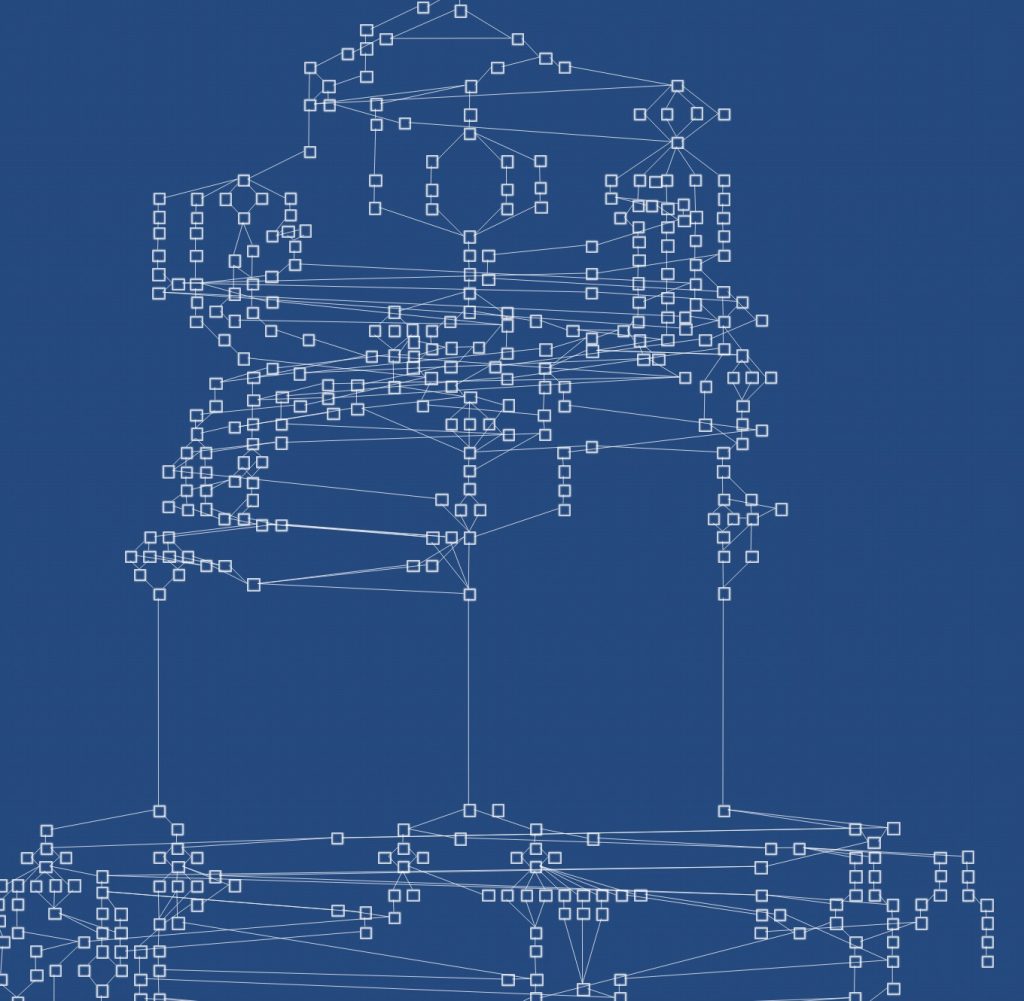 (Each of those boxes contains a scene, interaction, or movement – and this is only some of it…)

…but ultimately most of that can go out the window if you decide you don’t trust someone, don’t believe someone, or even simply don’t like them. Of course, even our most unlikeable characters are perfectly likable, in their own quirky, insane, nihilistic, narcissistic, hedonistic kind of way.

Each of our 13 roles is initially paired up with one of our amazing lead actors, giving you plenty of personal attention from the very start of When Shadows Fall.

You will spend plenty of close personal quality time with our actors by simply bringing yourself to When Shadows Fall.

Much like choosing an avatar in a video game, you’ll have an opportunity to select your role

– in a very special in-story kind of way that we won’t dare ruin here. Or, if you’re a random kind of person, you can just sit back and relax in our pre-show lounge, enjoying our pre-show entertainment, and let lady luck decide where in Penumbra you’ll be playing that day. And then you’ll be whisked away by one (or more) of our Non-Player Characters (aka actors) whose goal is to ensure you have the best evening of your life.

(Did you catch the fun “versus” screen on our home page, featuring all of our actors?
Though When Shadows Fall is definitely not a fighting game, at least one of the match-ups
seen here does get into a brawl in our production. Can you guess which one?)

While we do love to show off the sexy side of our cast – and they love to show themselves off – When Shadows Fall is not all about sex. That is just one of the many vices our show explores as one of its central themes. After all, there are so many other deadly sins to scope out while attending the experience. 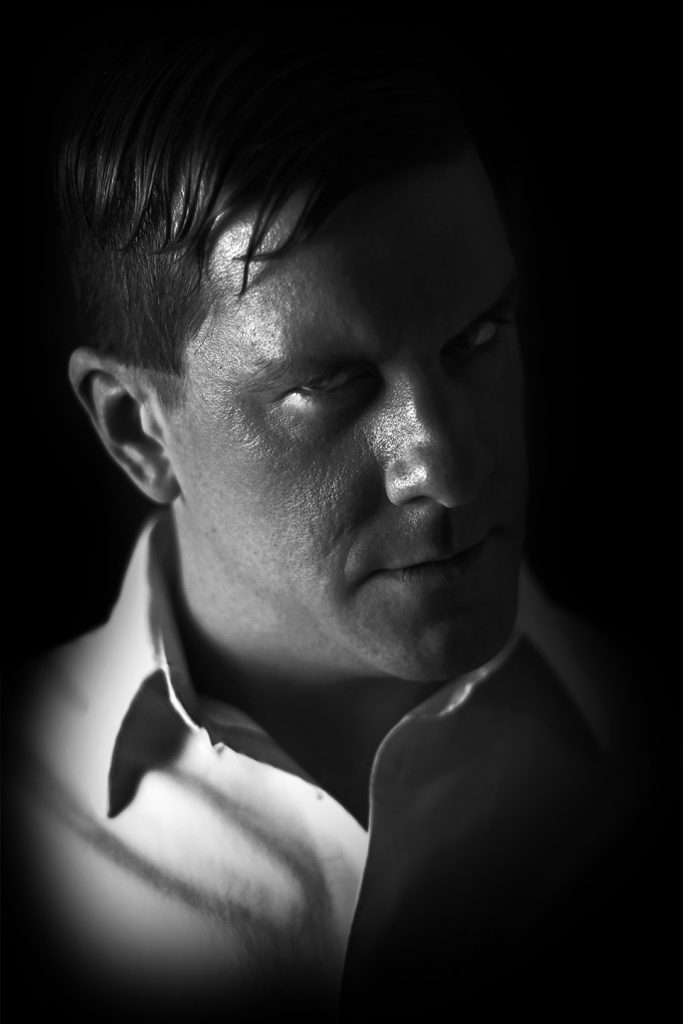 That’s Jeff, who portrays our resident Surgeon – who most definitely knows a thing or two about corrupting humans.

Now, back to how When Shadows Fall is a “real life video game.” (There’s a lot more about our story to read over here if you are so inclined.)

Once you’ve entered Penumbra, become acquainted with the society, had a chance to understand all of the available roles, made your selection, and get grouped up with one of our talented NPCs, you must be asking…

> Where does the game go from there?
And is this really a game at all?

Many directions. And indeed it is.

Initially, you’ll receive all the introduction, exposition, and orientation necessary to become quickly and fully acclimated into the society of Penumbra. Before long, you’ll feel like you’ve been calling Penumbra home for the past couple decades. And you will quickly be tasked with interesting, exciting, intriguing, and often devious deeds.

And along the way, you’ll have access to a variety of high-tech gizmos and gadgets that will aide you on your missions – whether good or evil.

We’re watching your every movement, cataloguing your choices, and changing the story with your every decision. That is how you play the game, by simply living it out in the complex setting we’ve laid out for you. You may not know exactly how you’ve affected the world around you, but you most certainly have.

A rendering of one of our in-progress sets: the lobby of the Office. Hunt around this site
to find two more renderings, one of Penumbra’s Chapel of the Light
and the other a taste of the Labyrinth.

When Shadows Fall is a heightened version of real life.

That means in the roughly 2.5 hours of time you spend experiencing When Shadows Fall, you may investigate a crime scene, spy on suspicious persons (perhaps in a rather ‘intimate’ scene or two), hide from impending danger, interrogate prisoners, partake in illicit substances, rescue the enslaved, witness military-grade torture, worship a false god, and/or help engineer a potentially world-ending weapon of mass destruction… 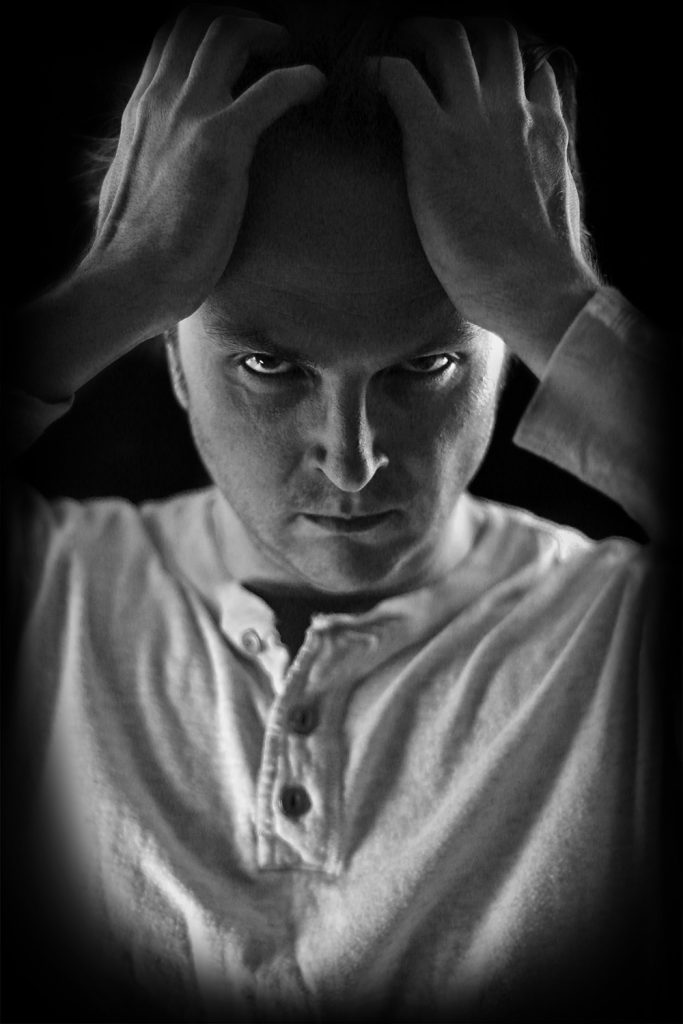 Where else but in a game can you do all of that without any real risk of imprisonment or death?

You’ve no doubt now realized that while When Shadows Fall is satiric and sexy, it is also intense. This isn’t your ordinary Orlando attraction. We are serious when we say this production is loaded with commentary on every touchy subject. Politics, religion, sex, drugs – we deliver it all in stride, with style.

We want you to leave not only having had the most indescribably unique few hours ever, but also thinking about what you just went through.

We’re pushing real boundaries. We’re giving Orlando an avenue through which this city’s residents can peacefully discuss serious topics amidst the context of one uniquely entertaining new interactive experience.

And after you’ve helped this secret society rise to glory or watched it fall apart, we invite you to stick around for another hour if you wish, to discuss with your fellow Players what you saw and hear about their time in When Shadows Fall. We guarantee you’ll be surprised at how vastly different everyone’s simultaneous experiences will be – and we hope it’ll make you want to return to do it all over again with a different role.

But there’s only one first time. Make yours count.

Get your ticket to When Shadows Fall now to try out Orlando’s most innovative new experience.

We’re waiting for you… 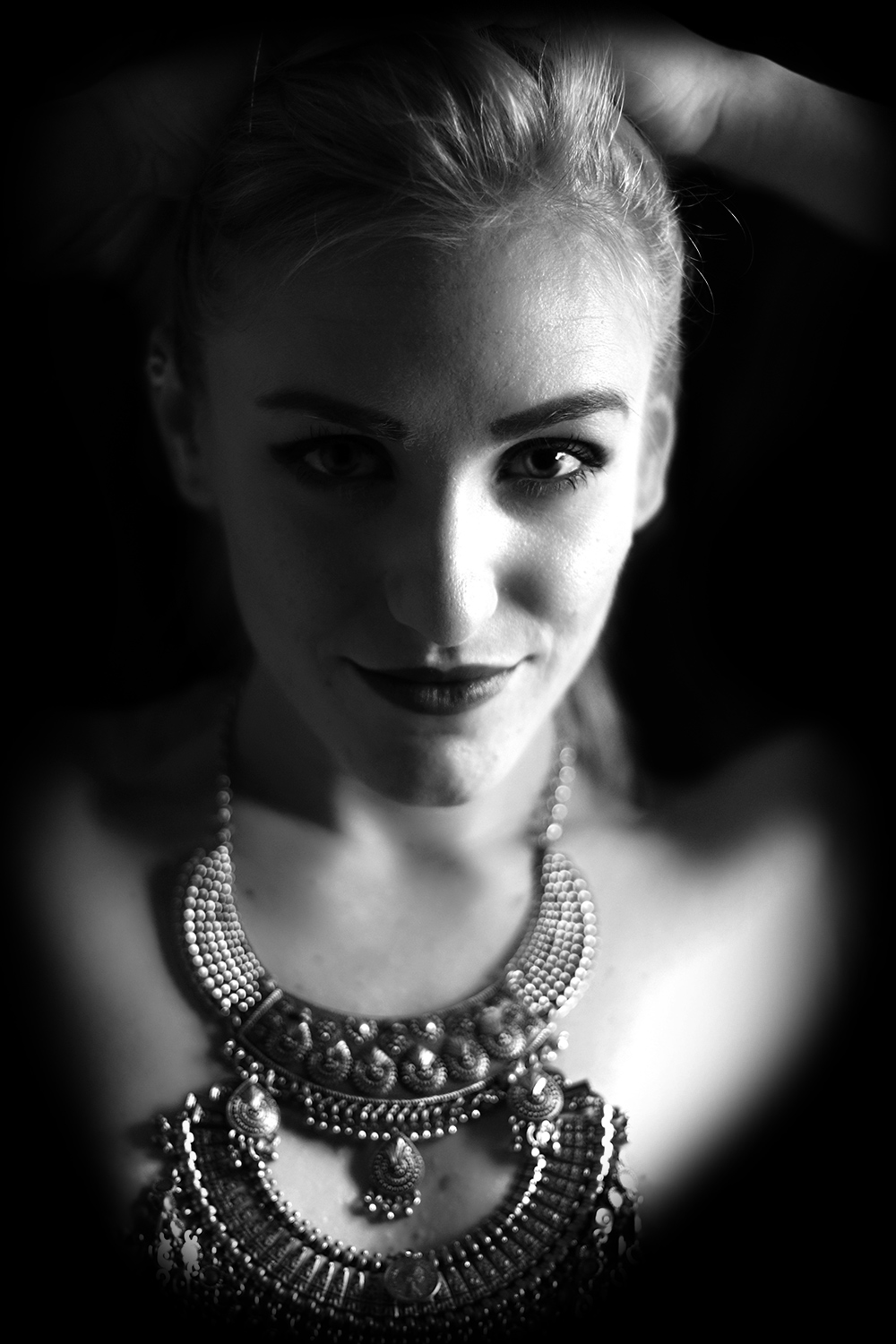